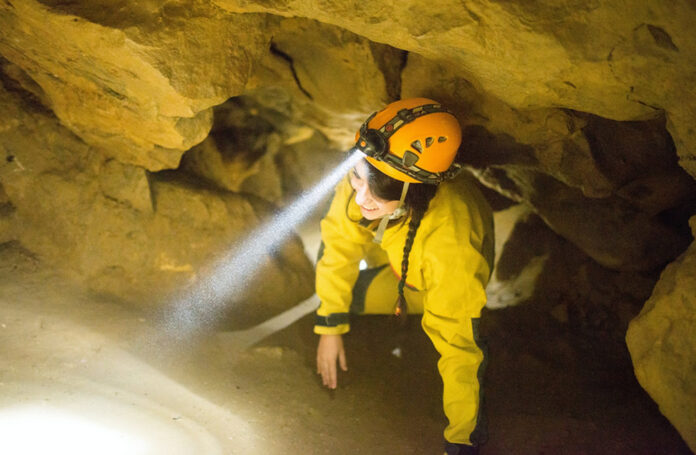 Hungary is a beautiful country and Budapest is no different. It is a thriving city which has many stylish and modern cafes, eateries and shopping. However it is famous for its more natural treasures such as its hot springs. People come from the whole world over to test out the thermal baths but how many of them know that a “by product” of this deep hot underground water is a huge underground cave system which has been carved out of the limestone which the city stands upon.

here is an estimated 200 caves underneath the city and this incredible natural system is estimated to be around 120 kilometres in length and is a Unesco World Heritage Site. Most of these incredible caves were first found early in the 20th century during the construction of many of the city’s houses and work on its drainage system. There are 9 protected caves and there are 3 which are open to the public.

The aspect of the caves in Budapest which is perhaps not so good for the first time caver is that there are only two which can be visited without prior experience. The first is the Szemlő-hegyi cave which can even be accessed by wheelchair due to its concrete path. The cave itself is very well lit and there are guided half hour tours available also.

The other easily accessible cave is the Pal-volgyi which is the longest in the whole of Hungary at 29.1 kilometres long. This cave is part of the Duna-Ipoly National Park and is like a labyrinth set on many different levels. These caves stretch well underneath residential Budapest. If you are feeling up to it and are fit and adventurous then you can try the climbing and crawling tour. This is around 3 hours long and as the name suggests involves lots of negotiating difficult and tight spaces. This tour is not recommended for those who are even slightly claustrophobic. Before embarking on this tour you will be kitted out with appropriate equipment and you do not need to have any prior experience which is good. No worries, the skilled guides will get you through this maze!

There is an incredible underground world beneath the city of Budapest. Why not take a city break with a difference and see for yourself.

Top 7 Uncool Things To Do On A Cruise Ship

Exploring The Caribbean In Style

Top 5 Locations to Go on a Cruise