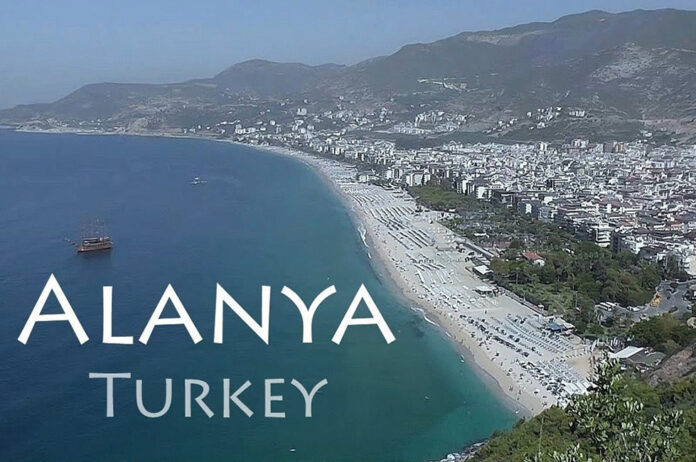 Alanya is a beautiful city located by the Mediterranean Sea in the Gulf of Antalya, it is a part of the Antalya Province district. The small city has the Taurus Mountains on one side and the Mediterranean Sea on the other, it has close to 70 km of coastal area. Alanya is famous for its historical and natural tourist attractions.

Alanya contributes 9% to the tourism of Turkey and 30% of the total purchases done by foreigners in the Turkey real estate market. The beautiful Mediterranean climate and historical heritage of Alanya attracts tourists from all over the world and makes it a popular destination. The city has many cultural and sport events which organized annually and this also is another added attraction for people traveling the city from around the globe.

The city of Alanya has a rich history like almost all cities of Turkey. It has been ruled by rulers of different dynasties such as the Ptolemaic, Romans, Byzantine’s and the Ottoman Empire. The greatest contribution to the development and economy of the city was under the reign of the Seljuk Sultanate of Rum; Alaeddin Keykubad I in the medieval ages. It is from this ruler that the city has derived its name also. He built many architectural marvels such as the Kizil Kule or the Red Tower, the Alanya Castle and the famous shipyard of Tersane. The city had been fortified under the rule of the Hittites and the Persians in order to protect it from the constant conquests made by Alexander the Great during the Hellenistic period.

Alanya TurkeyAlanya has many ancient tourist attractions that are reminiscent of the different empires that ruled it. The Alanya Castle built in the 13th century, which was built on the leftovers of the fortifications of Roman and Byzantine eras. The castle is situated atop a 250-metre high rocky peninsula that is surrounded by the Mediterranean Sea on three sides. Tourists can see this historic place by paying some entrance fee. Another important site to see is the Seljuk fortress, which was built on top of the Ayasoluk Hill and it provides a beautiful view of the city. The Damlatas Cave is a big crowd puller as it is supposed to have its benefits for patients suffering from bronchitis or asthma due to the stalagmites and constant temperature of 22°C during the summers and winters.

There are many hotels for you to stay while in the city of Alanya, there has been an increase in the number of hotels in the past few years due to the number of people visiting Alanya. There are numerous restaurants that cater to the different taste buds coming here. It would be a treat to eat some of the well-made kebabs and Turkish delicacies while you having a vacation here. Most of the bars and night clubs close early at night, but night crawlers can have a party at the auditorium that is located off the centre of the town. You can try your hand at some sports while on the beach such as sailing and diving, and if that’s not enough, you can also go bungee jumping, river rafting, mountain biking, and play in the water park in the city.