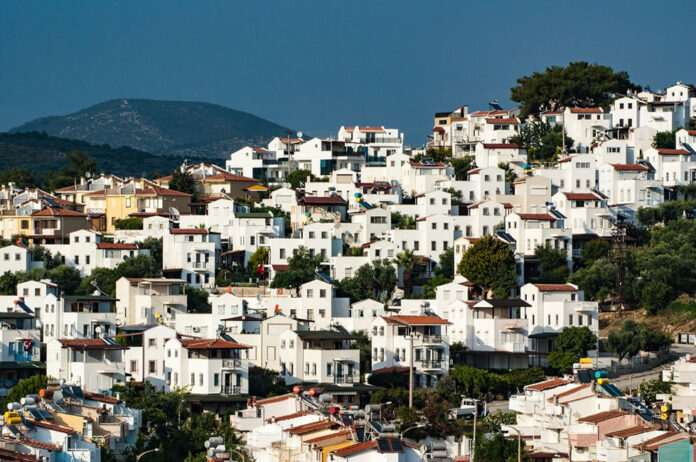 There are few places on Earth that could really be described as heavenly places; Kusadasi, which is located on the Aegean coast of Turkey, surely deserves such an accolade. When looked at from the sea, the peninsular city resort resembles the shape of the head of a bird, which is what the literal meaning of the name of the city is, in Turkish ľ ôkusö means bird and ôadaö stands for island, so it is literally like a bird island! Geographically, Kusadasi is located 90 kilometres or 56 miles south of Izmir, which is the regionĺs largest metropolitan centre. Another landmark is the provincial seat of Aydin which is 71 kilometres or 44 miles away, as one goes inland into Turkey.

Kusadasi is an ancient city, which was considered to be founded circa 3000 BC; the landscape of the resort is well and truly breathtaking and captivating! It is no wonder that foreigners have really taken to the resort like bees to honey! Not only do they visit the resort regularly, many of them have actually bought land there and settled down permanently.

The consistently hot Mediterranean climate almost all through the year plays its part in drawing visitors by the hordes, especially from cold countries. In fact even though the actual population of the resort is only 50,000 during season the population swells to 10 times that figure to approximately half a million! This is essentially because all the tourists that come in to the city, in turn require an army of personnel to serve them, whether waiters at restaurants, drivers for all the various means of transport doing the rounds, construction workers and so on.

As far as entertainment goes, Kusadasi offers an absolute plethora of options. The public beaches in Kusadasi really add to the charm of the city with a veritable range and number of them to make a rather difficult choice from, whether it is Town Beach, Ladies Beach, or Bird Island Beachůthe list just goes on! All of these beaches in turn have a huge variety of entertainment options to choose from; there is delectable Turkish and international cuisine on offer at the restaurants along these beaches. A lot of them double up as bars, and also have exotic Turkish dancers as part of their staple offers ľ another sure shot way to have you hooked to the city! Aqua parks dotting the city resort at various places further add to its charm and attraction.

If history is what you dig, a trip to Kaleiši Camii, a 17th-century mosque built for the Grand Vizier ÍkŘz Kara Mehmed Pasha is definitely called for. There is also the ÍkŘz Mehmet Pasha caravanserai near the cityĺs docks which was built in 1618, as a strong room for the goods that were brought in through the seas by sea men from all across the world. There is also the Kadikalesi, a Venetian/Byzantine castle, situated along the Ku║adasi-Davutlar road.

Miami – The City Blessed with Sunshine and Glamour

Hilton Windhoek to Open in Namibia in Mid-2010