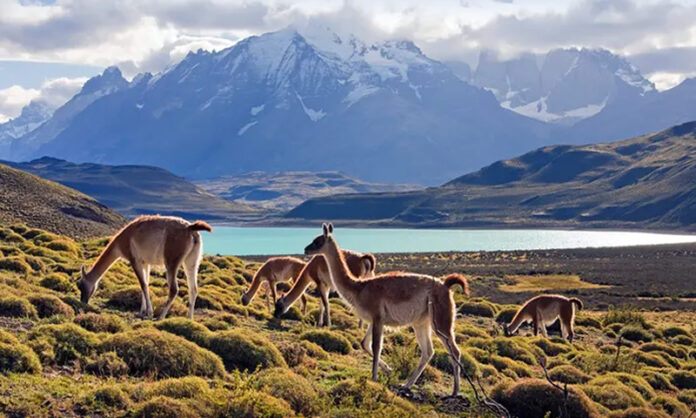 The region of Patagonia can be found in the southern part of Argentina with the Pampas region to the north and the neighbouring country of Chile to the west. Regions of Patagonia include Chubut, Rio Negro and Santa Cruz and cities include Ushuaia, the southernmost city in the world, and San Carlos de Bariloche. Within Patagonia there are several national parks, what brings in a lot of tourists, these include El Chalten and the Peninsula Valdes, which has been given World Heritage Site status by UNESCO.

Reaching the region is easy as there are domestic airports at both, Ushuaia and San Carlos de Bariloche. You can also reach the area by train or bus, but you need to be prepared for a very long journey and you should expect to travel overnight.

Some of the main sights include the Perito Moreno Glacier which can be found close to the city of El Calafate. There are also penguin colonies which can be found near the city of Ushuaia. Whatever you decide to go and see, why not consider a motorcycle expedition? These are run by a tour company and you can take a tour lasting anything from ten days to five months.

You can take a trip to the Punta Arenas if you want to get to see the penguins at close quarters, and you will find that while there are plenty of tourists here, it is not as busy as some of the other areas. Bariloche is perfect for those who want to indulge in winter sports while they are in the area or for those who want to do some serious hiking during the summer months.

Monte FitzRoy is a must for some visitors. It is also referred to as the smoking mountain and it can be found on the border between Argentina and Chile. It is named after the captain of the Beagle and it is actually one of the most technical mountains in the region, as many of the faces are vertical. It is not unheard of for every attempt to climb it within the space of a year to fail.

The Peninsula Valdes has become a very important nature reserve in the region and here you can go whale watching. There are several tours that you can take and you also get the opportunity to observe a number of other types of wildlife at the same time.

In the Patagonia region there are many restaurants which serve unique dishes. While you will find beef on the menu in most restaurants in Argentina, in this district it is equalled by the number of lamb dishes that are available. It is considered that the lamb from this region tastes different from that found elsewhere because of the herbs that the animals eat. An Argentine speciality for desserts is Dulce de leche, a type of cream caramel which is used in many sweet dishes.

The area is very popular with backpackers and, generally speaking, it is safe for those who want to travel alone. However, if you are spending time climbing or hiking, then it is considered to be better to do this with others, for all aspects of safety. You can join organised tour groups as there are several that run regular trips. Tourism has become a very important part of industry in the region now that it attracts more than backpackers. Cruise passengers sailing around Cape Horn have scheduled stops in the area. Many come to visit the glaciers or the lake district as well as the cities.

Souvenirs that can be picked up to take home include locally made cakes and sweets, textiles, handicrafts and preserves. Those who have a lot more money to spend have been known to invest in land in the area!

It depends where you are in the region as to the quality and quantity of accommodation. In most areas this will be limited to hostels and one or two guest houses, but there are plenty of other options if you are staying in one of the cities as these are more geared up for tourists. Unfortunately, this means that the cost also goes up but the facilities that you get in return might be worth it as you can enjoy swimming pools, gyms and spa facilities if you do not want backpacker-style accommodation. If you do not mind basic, then a hostel is the way to go as you are guaranteed a warm welcome as well as clean and comfortable sleeping quarters and all this is at a fraction of the cost of a larger hotel.

Best Places for a Romantic Honeymoon in Brazil

Visiting Alanya: Best Things to Do in Turkey